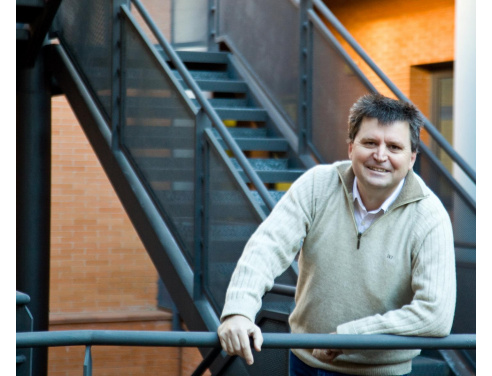 Genome instability is the main risk factor in the development of tumours in humans. Understanding how, where, when and why these mutations are produced in DNA is one of the great objectives of the global scientific community. Therefore, a group of experts from the University of Seville and the Andalusian Center for Molecular Biology and Regenerative Medicine (Cabimer) has published a study that indicates a new element involved in this process: chromatin.

In the scientific article "Histone mutations separate R loops from genome instability induction" published in Molecular Cell, the researchers state that RNA joins with DNA by chance or because of a disease, the structure of the chromatin, the protein envelope of the chromosomes is altered, causing breaks in the DNA. Gene mutations involved in the transcription and transport of RNA also cause damage in DNA, which they have shown is caused by changes in the chromatin. In these circumstances, the DNA cannot replicate itself naturally, generating replication stress, mutations and chromosome mutations.

"By means of basic research on model organisms, we are trying to understand human genome instability to identify elements, which, in the future, might be able to be explored as targets of new anti-tumour medicines", explains the researcher responsible for the project and director of Cabimer, Andrés Aguilera. Also, he adds that "in this project, we have taken a step forward in showing that chromatin also plays a key role on some DNA mutations, especially those controlled by RNA. If we can show that this anomaly doesn't occur in healthy cells, we will be able to think about exploring these structures as possible therapeutic targets".

The project is part of the doctoral theses of Desiré García-Pichardo and Juan Carlos Martínez Cañas co-directed by Ana García-Rondón and Belén-Gómez-González, among other authors, and is part of the European research project, ERC Advanced, directed by Andrés Aguilera to increase knowledge about genetic instability produced by DNA-RNA hybrids. This project started in 2015, and will finish at the end of 2020 and is financed by more than two million euros from the European Commission.